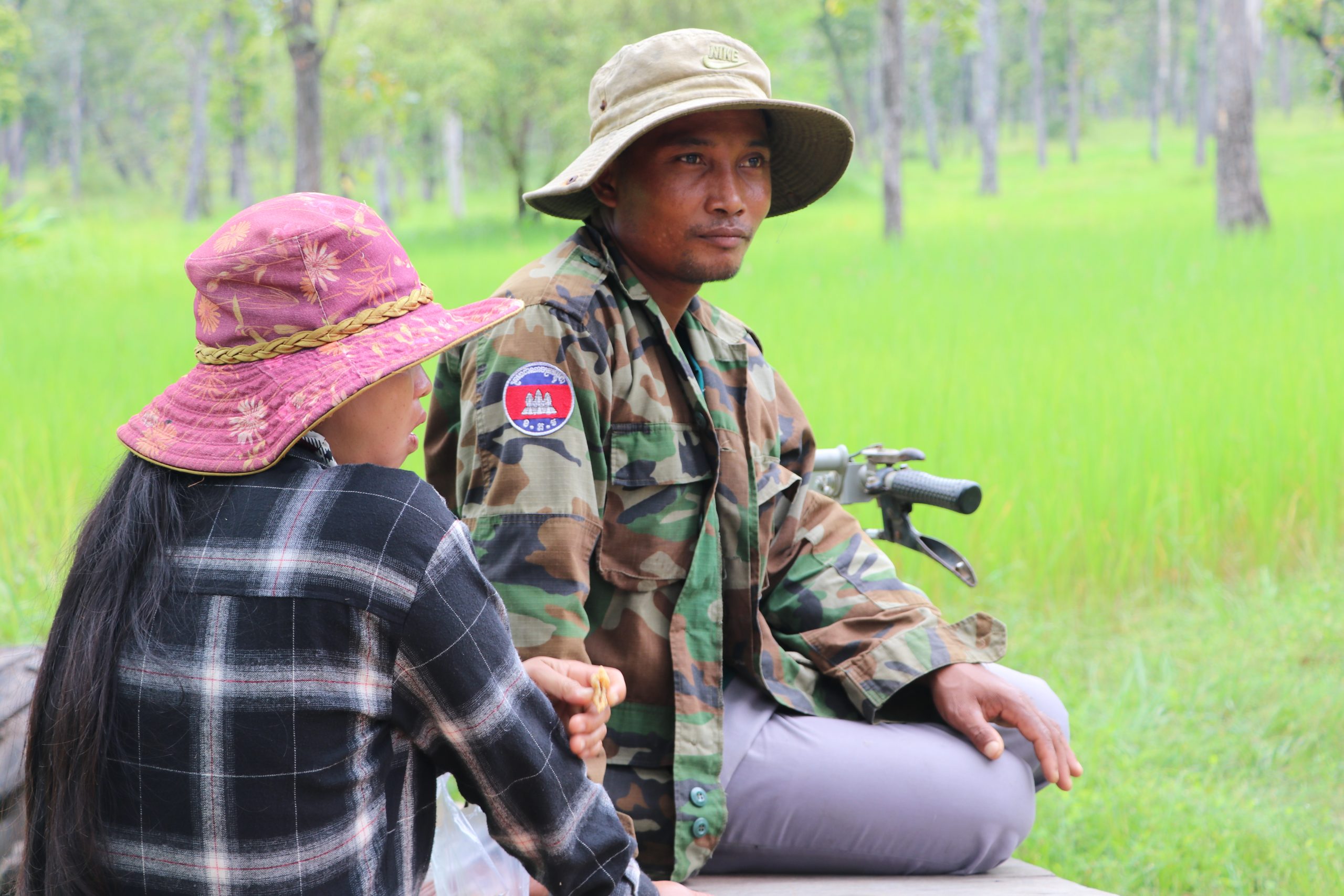 Ron Thorn lives with his wife and two kids in Tmat Beouy Village, in Kulen Prum Tep Wildlife Sanctuary in Preah Vihear. Mr. Thorn registered to be part of the IBIS Rice program in 2010 and hasn’t intentionally committed any unappropriated actions against IBIS Rice’s main rules. He told, “I decided to take part in the program because first of all SMP guarantees the market for my paddy rice at a great price, secondly I believe it will bring my family to live a healthy life, so why not.”

Mr. Thorn family’s situation before 2010 was uncertain, he and his wife did farming just like everyone else in the village who receive the very low cost of paddy rice by the end of the harvest season. With the lack of understanding of handy agricultural cultivation, Thorn and his wife were quite struggling to make a living since they rely on agriculture only. After joining with SMP IBIS Rice Program, Mr. Thorn consistently follow the program rule and was identified as one of the active members in the village. Recently, he volunteers as a Village Market Networking member in early 2022. He believes he will be able to absorb more understanding of the cultivation technical, get to work closer with SMP agronomy and be able to support other IBIS Rice members in the community. 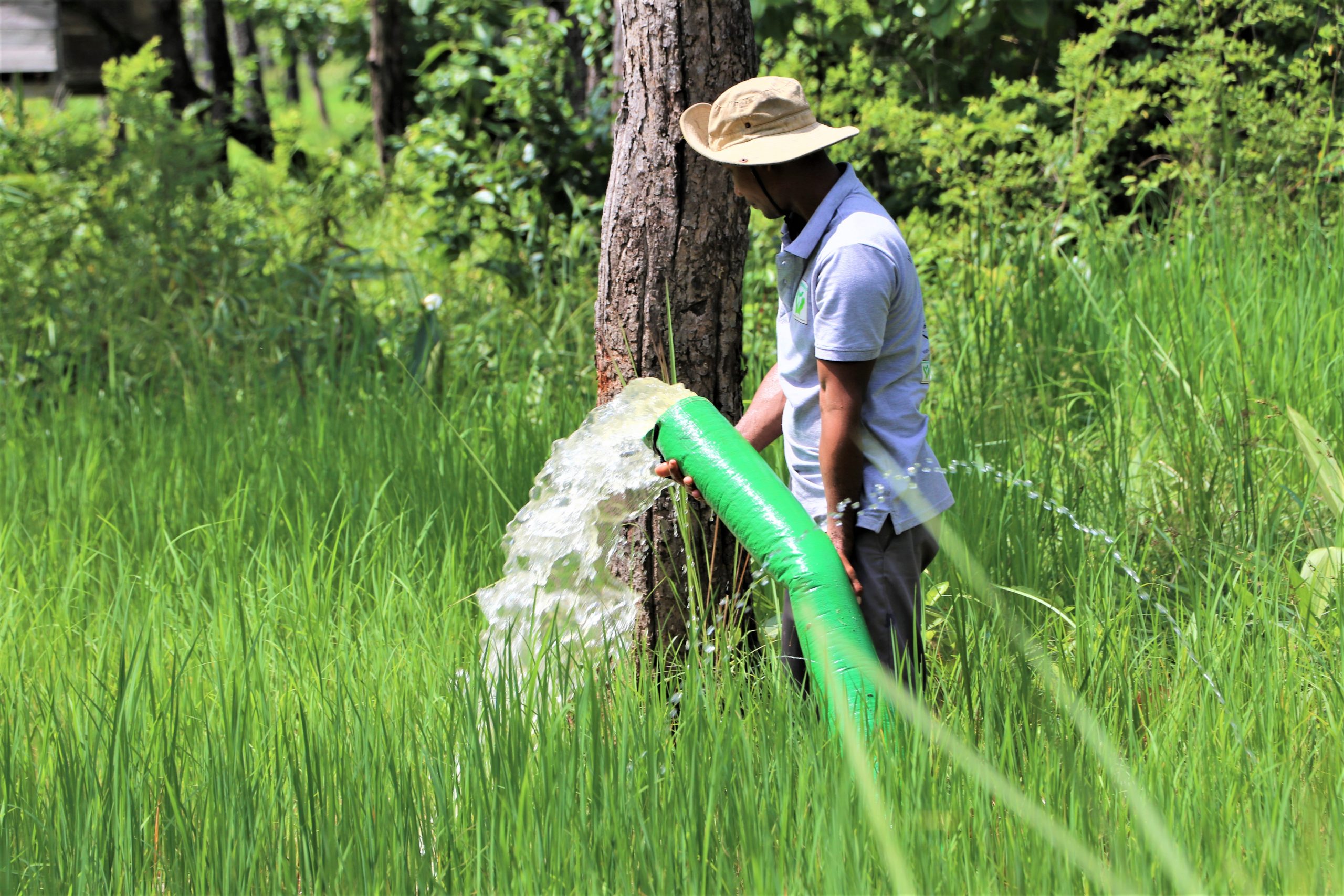 As Thorn was identified as one of the most active members in the project activities, his farm was selected to join the reirrigation ponds pilot project in 2020-2022. Thorn and his wife have played a key role in wildlife conservation. In 2010, Thorn was appointed by the conservation NGO partner to watch over the IBIS nest which is set in his farm area, the process went well and the eggs finally hatched, it was successful progress. In 2021, there was another IBIS nest and he was appointed to watch over for the second turn. He specifically said, “What I exactly do is that I came either in the morning or afternoon, observing around the location of the bird’s nest from 150m distance to ensure there was no harm of hunting to the nest and birds or any incident that might happen to the nest. I was rewarded 4$ per day for the work I have done to protect the life of IBIS’s nest. The duration took more than a month to let the eggs hatch and fly away. Well, I am happy that I could take part in the conservation and got to support my family at the same time.”

Regarding the rice cultivation technique, Ron Thorn has learned a lot after ten years of participation in the program. He mentions that “This year I can feel that my paddy rice will bring me a better result because first of all, I have got enough water from the irrigation ponds to use at the beginning of the cultivation season. Secondly, we increase the amount of compost fertilizer, I and the other three IBIS Rice member produced 407kg of compost and we have shared 100kg each to use on our farm. I am so grateful for all the techniques I have learned from SMP’s agronomy to advance each one such as land leveling, coper crop planting, composting, and others. ” Mr. Thorn’s rice yield increases from time to time as he knows how to take care of his paddy better as well as expand the farmland. In 2021, Mr. Thorn made almost 5 tons of rice, he sold his paddy of around 3tones and keep the rest for the family to consume for whole year rounds.

Life condition is so much better compared to the past 10 years. Thorn and his family currently afford to have two hand tractors, and a motorbike and get to support his oldest child to go to school. Thorn, used to suggest other people in the village start considering joining the project, this is the message he usually tells his neighbors, “Being part of the IBIS Rice project helps you seek the high market price for your rice product and make your life healthier for consuming pure organic rice, join us!”